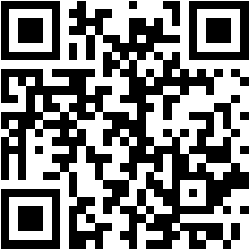 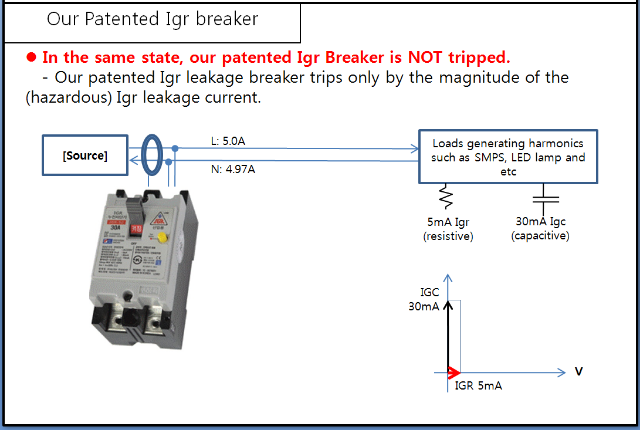 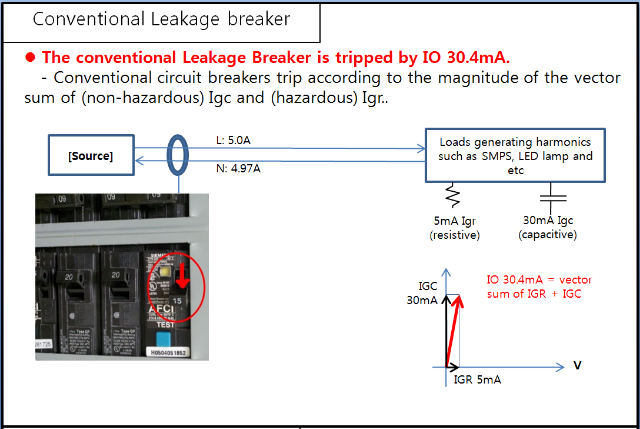 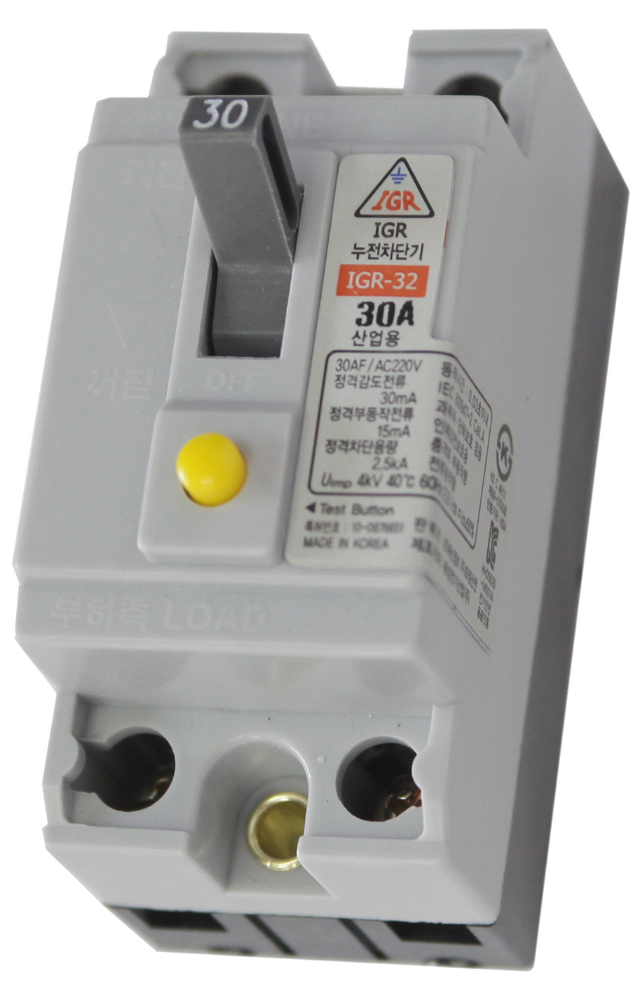 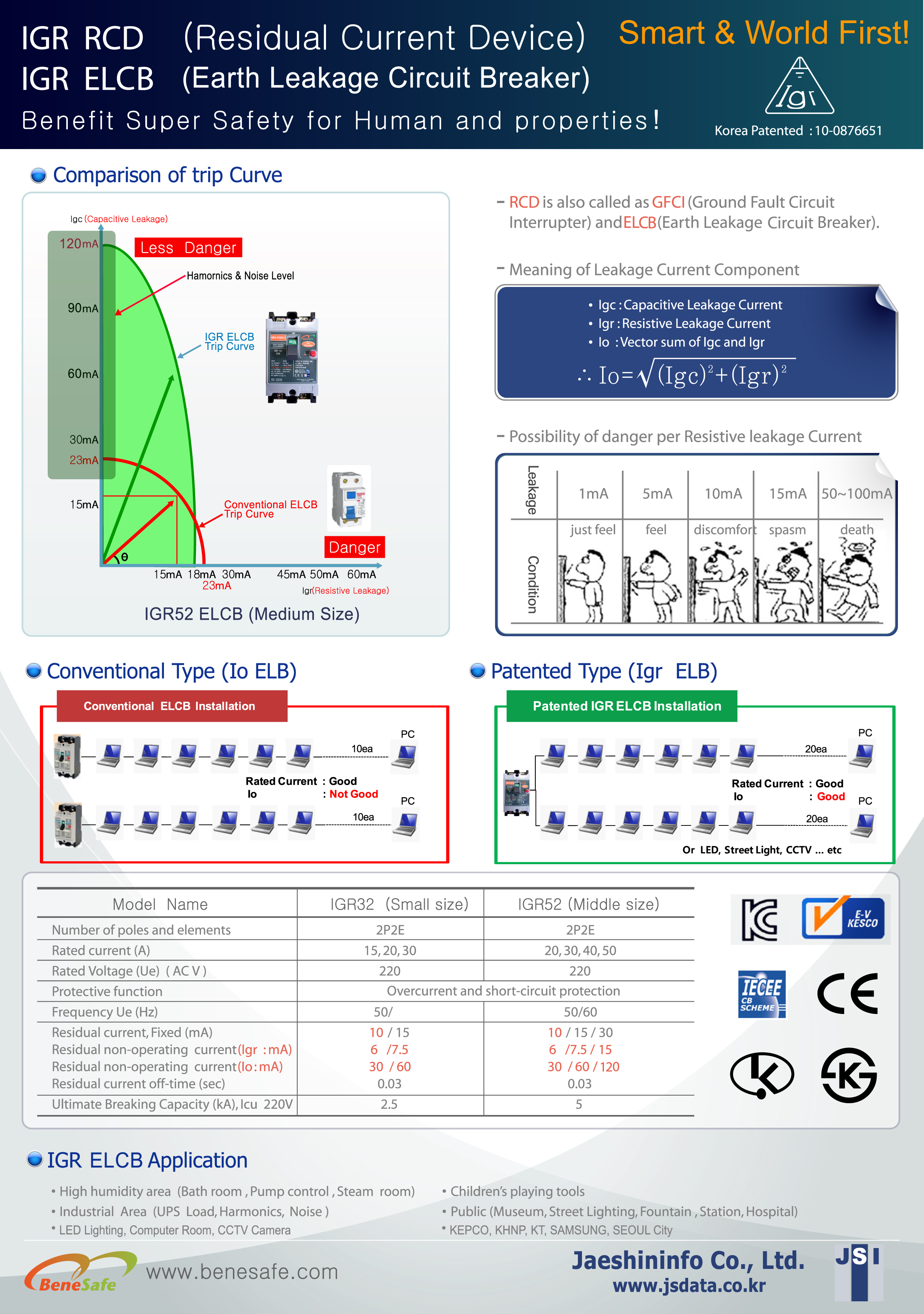 The general purpose of our technology can be used effectively for a fire caused by a short circuit and protection of human lives even in zones with harmonics noises.

- Operates due to Io in spite of very   low power consumption.
- Malfunction due to harmonics and  noise generated from SMPS used in
digital loads such as LED, Computer   CCTV, ..Etc.
- Residual leakage trip current is too  high for human safety and properties   fire.
- Impossible to lower IGR because of  its sensitivity.
- High cost of total construction.

- Operates due to IGR mainly.
- Properly operates in spite of harmonics  and noise such as digital loads.
- No tripping down from digital loads of  LED, Computer, CCTV,.. Etc.
- Helpful for human and animals safety basically.
- Possible to manufacture high  sensitive  ELCB(RCD) under 10mA standard.
- Prevents fire disaster of electric leakage current  basically.
- Saves total cost of BLDG and factory construction due to reduction install.

Does not operate unnecessarily in the event of an instantaneous capacitive leakage current rise.

- If the leakage current of capacitive operating is suddenly raised on the power distribution line when the first phase of the distribution line is grounded, the conventional type of leakage circuit breaker installed in the power line will operate unnecessarily, but the IGR circuit breaker ( RCD ) developed by our company will not operate unnecessarily. 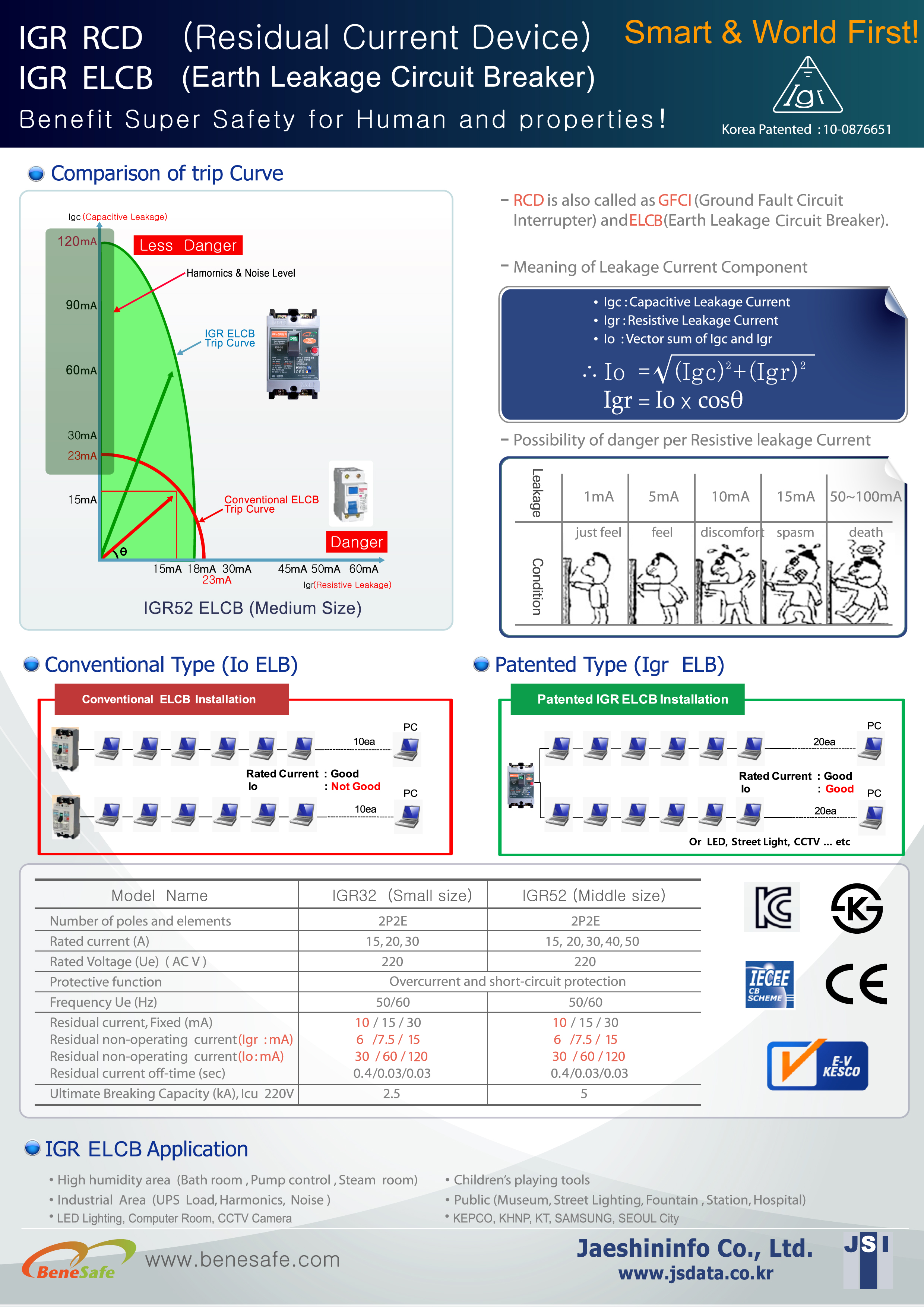